The Trudeau Liberals have forced through Bill C-76, The Rigged Elections Act.

Combined with their $600 million media payoff, The Rigged Elections Act will ensure the Liberals have every possible advantage going into the next election.

The main union representing journalists has already declared its intention to be “Andrew Scheer’s Worst Nightmare. 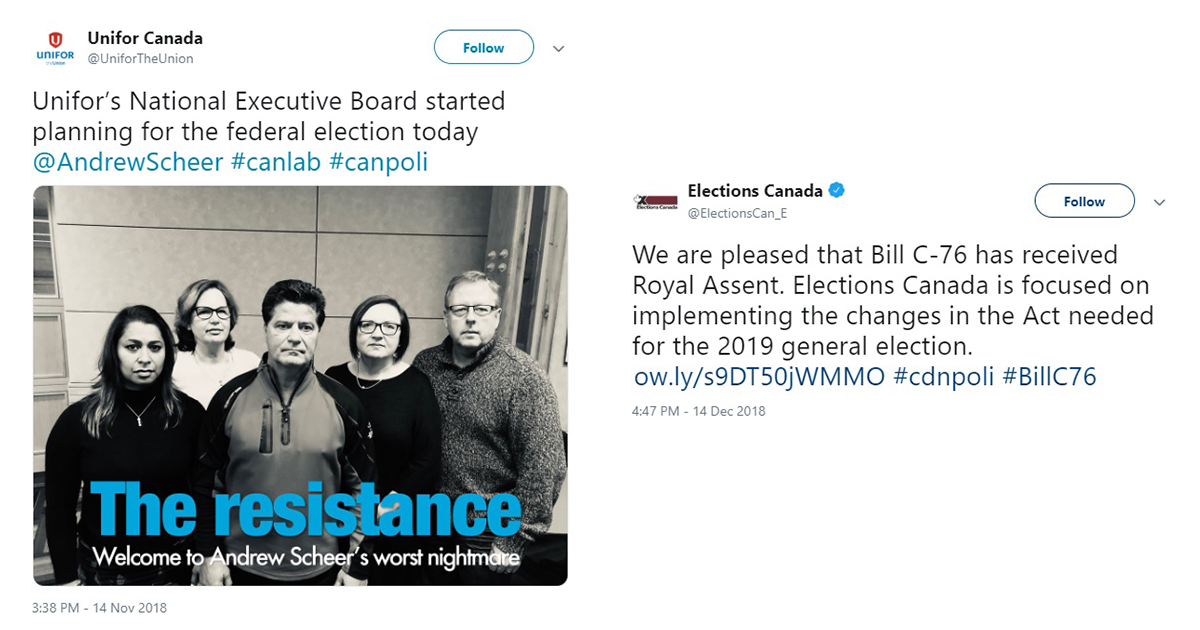 The bureaucrats at Elections Canada, which is supposed to be a non partisan federal agency, are celebrating the Rigged Elections Act on Twitter.

The rules have been rigged, while the umpires and referees are cheering on Trudeau.

Never before have we faced such an uneven playing field.

The Liberals know we Conservatives are going to be tough to defeat, so they’ve passed a law to make it easy to cheat.

Trudeau’s disdain for democracy has our supporters all fired up!

You can help us keep that fire going with a small donation.

Through your help we can by-pass the elite-stream media, and take our positive Conservative message directly to the people.