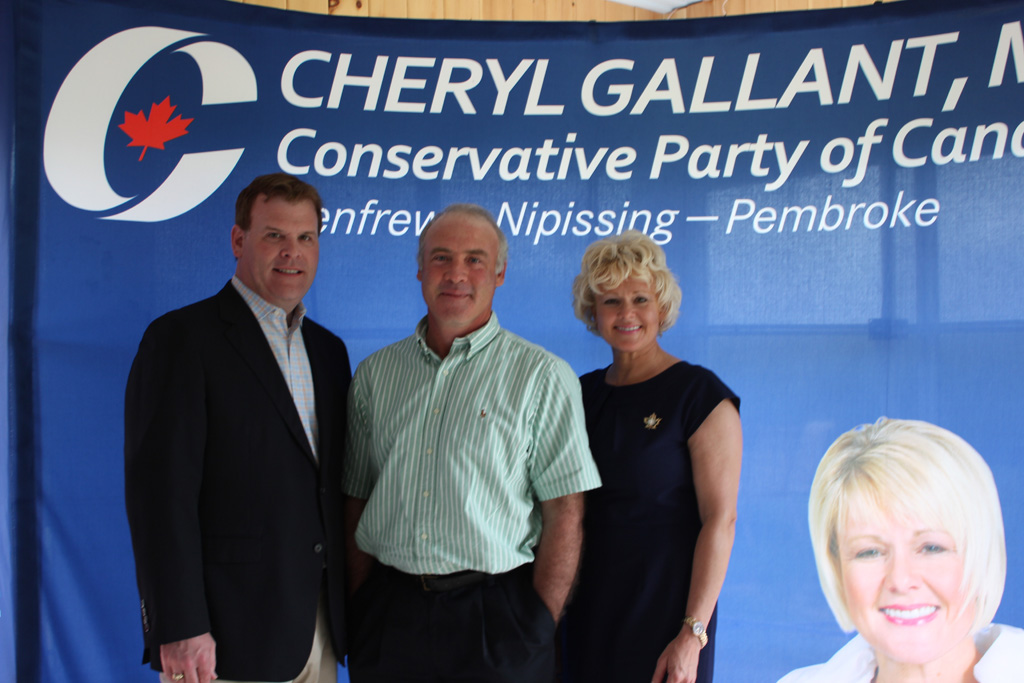 Renfrew-Nipissing-Pembroke – Cheryl Gallant, MP recently welcomed the Honourable John Baird, Minister of External Affairs as a guest for a meet and greet reception with supporters.

“I am pleased to thank members of our association executive who worked so hard to make this event an outstanding success,” stated our local MP Cheryl Gallant. “I would also like to thank the owners of the Whitetail Golf Club for providing a wonderful venue for our reception.”

“ Minister Baird has a good reputation as a hard working Minister in our government. In addition to his responsibilities as Canada’s Foreign Minister, he is also the regional Minister for Eastern Ontario, which means he is looking out for the interests of the Upper Ottawa Valley.”

“A hot topic of discussion among valley hunters and sport shooting enthusiasts was the UN Arms Trade Treaty,” observed Cheryl Gallant. “Law-abiding gun owners are concerned the Official Opposition will use the UN treaty as a back-door way to bring back the hated, billion dollar wasted, long-gun registry. The Quebec-based opposition has already promised to bring back the registry should they ever get the chance. Unlike their hidden agenda to bring in a carbon tax on Canadians, they have clearly stated the a registry is a big priority for them.”

“We believe that any treaty regarding the sale of munitions that helps move the international community closer to world-leading standards is a good thing.” In defending the decision not to sign immediately, Baird suggested the government sees a potential link between signing on to the treaty and the now-abolished long gun registry. “We participated actively in these discussions. Unlike the old government that refused to listen to Canadians before imposing Bill C-68, Conservatives believe we have an obligation to listen before we act, and that is why we will be consulting with Canadians before the government takes any decision.”

“As a veteran Member of the Conservative Caucus in Ottawa, Cheryl Gallant has a solid reputation of standing up for her constituents, remarked Minister Baird. “I value her regular contributions at caucus and her committee work at National Defence and Industry. As Chair of the Canadian NATO Parliamentary Caucus and a member of the International NATO Parliamentary Executive, she represents Canada’s international military commitments effectively. Her concern is always first and foremost our soldiers and their families before any decision is made to place soldiers in harms way.

“It is always a pleasure to work with Cheryl. I congratulate the people of the upper Ottawa Valley for the choice they have made in elected such a hard-working member,” observed Minister Baird. 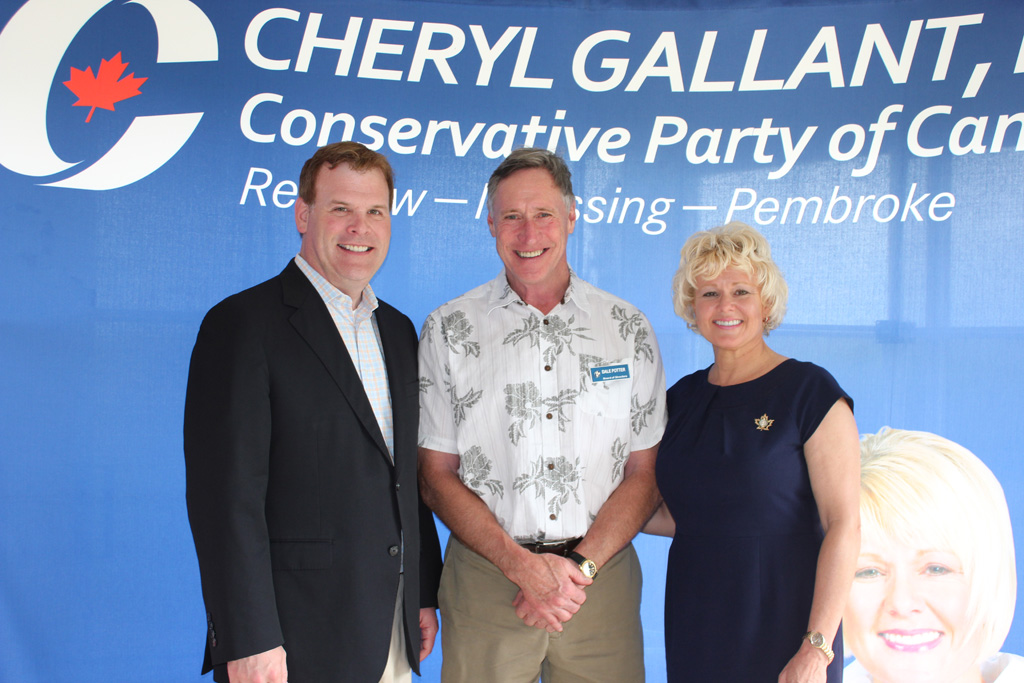 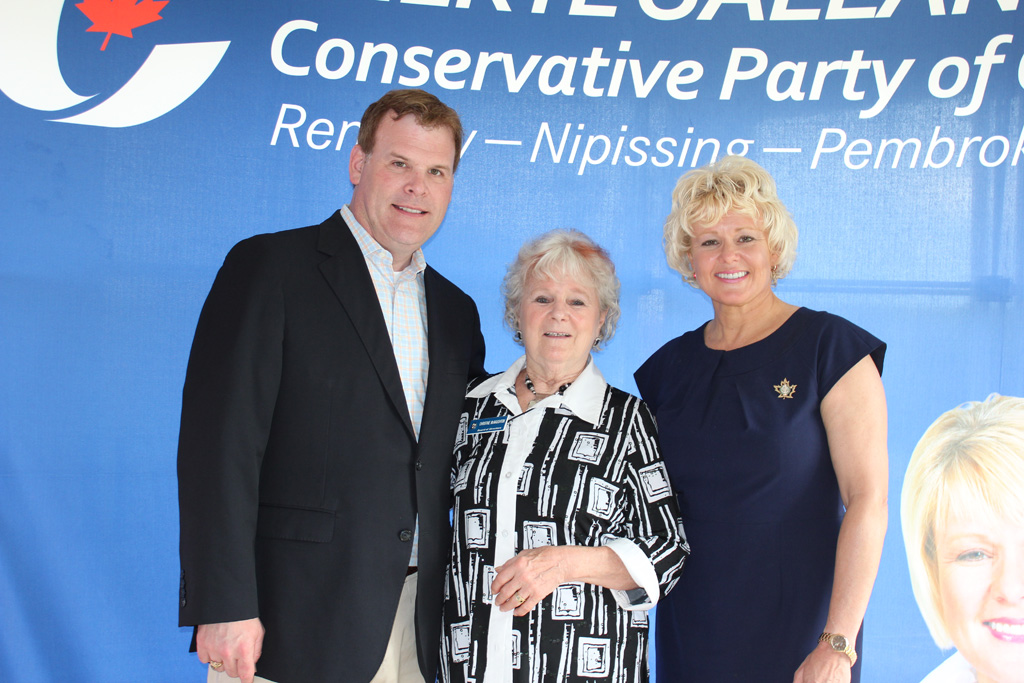 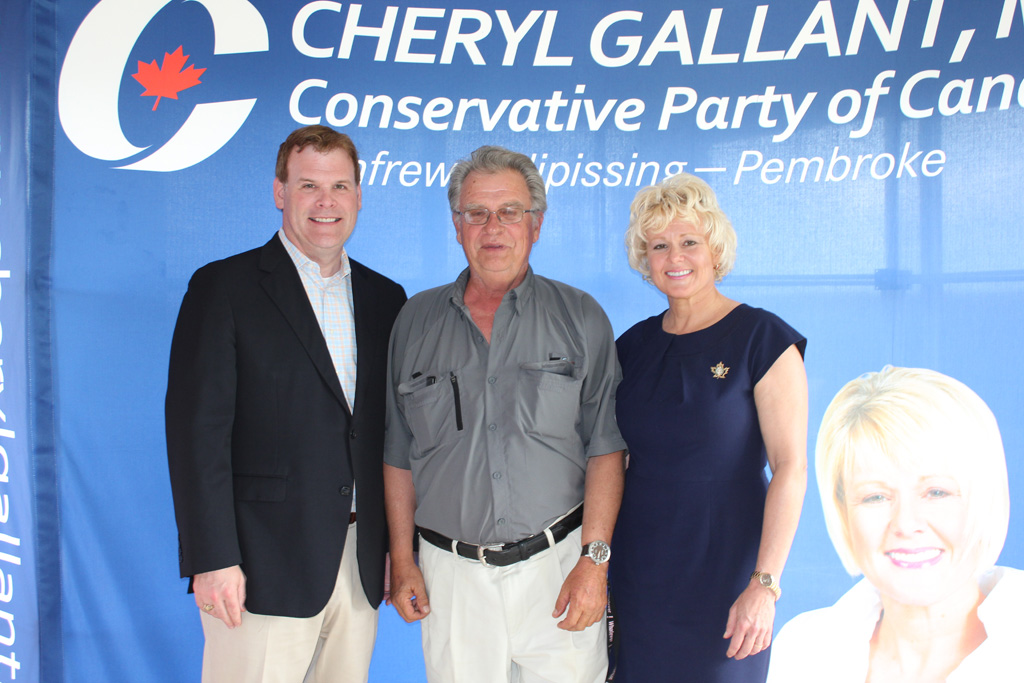 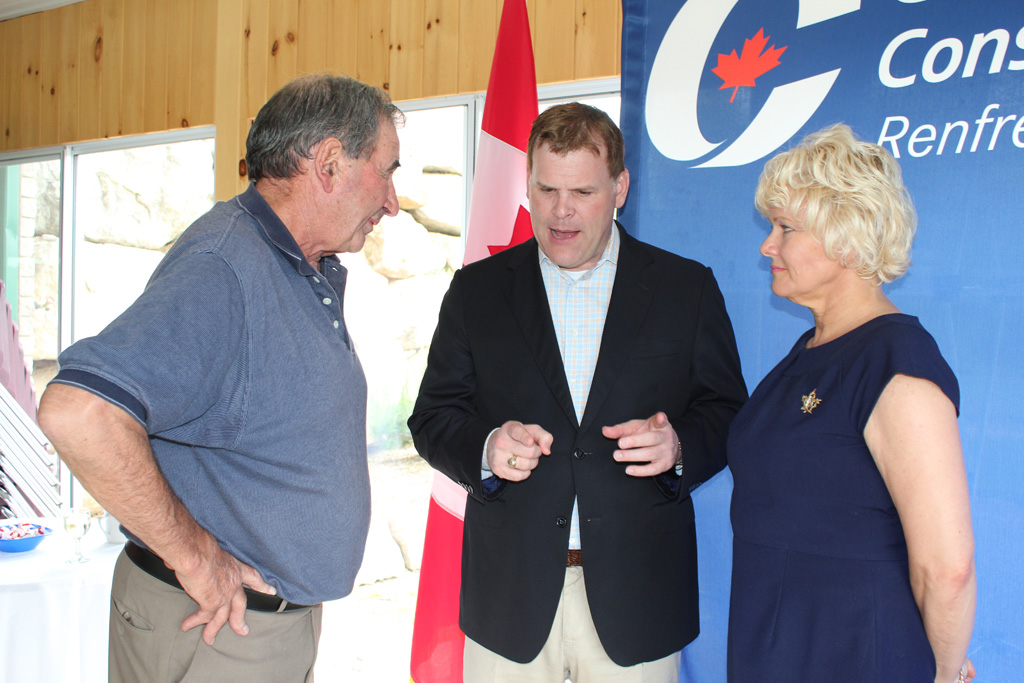 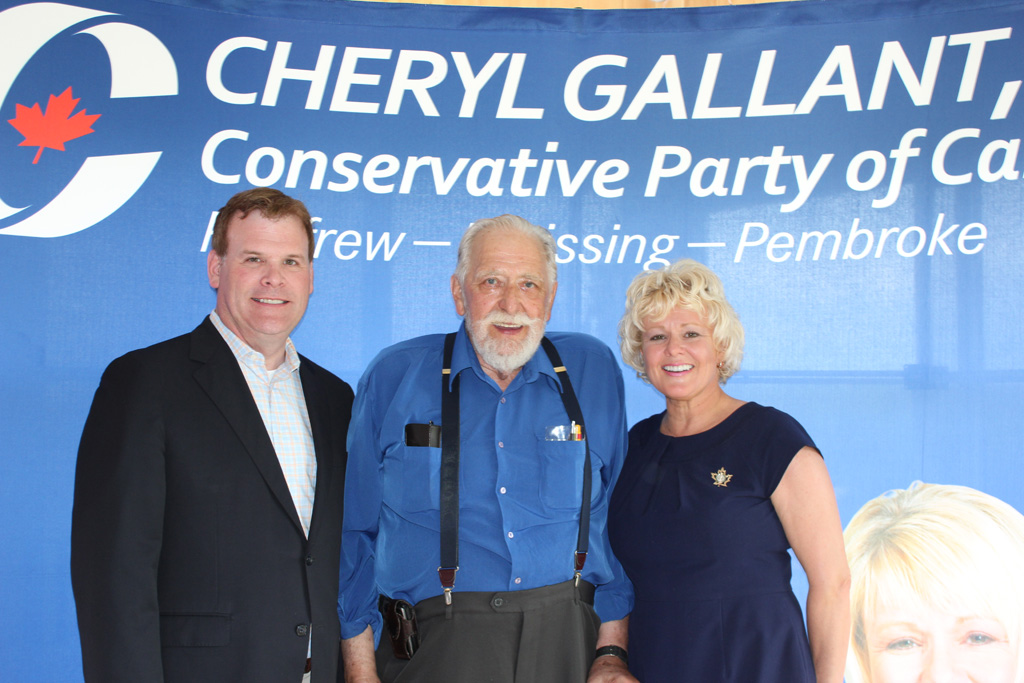 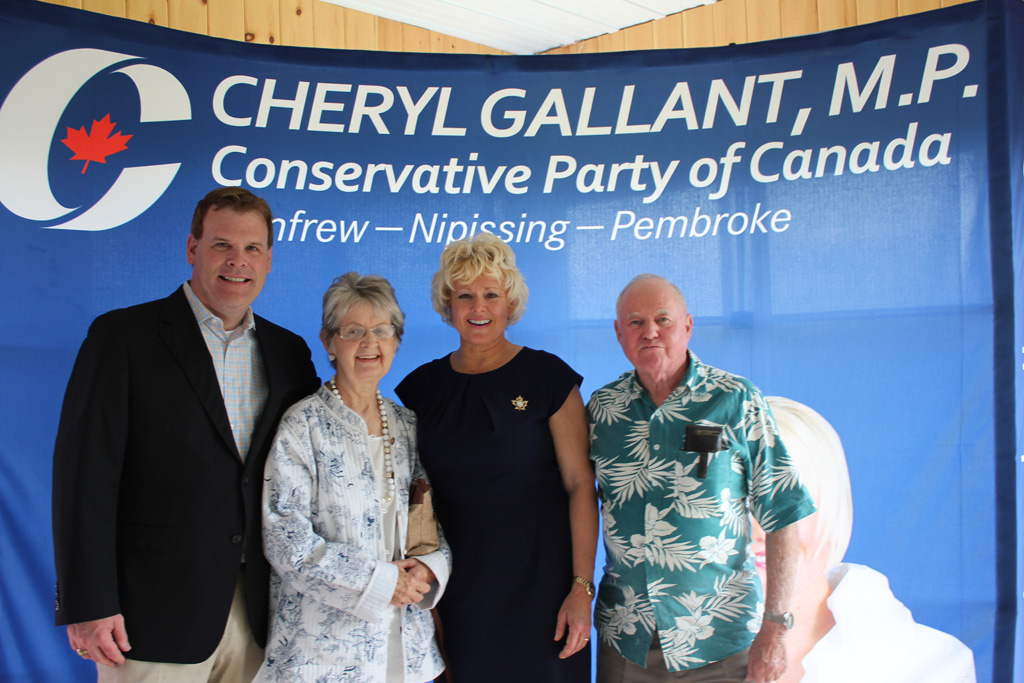 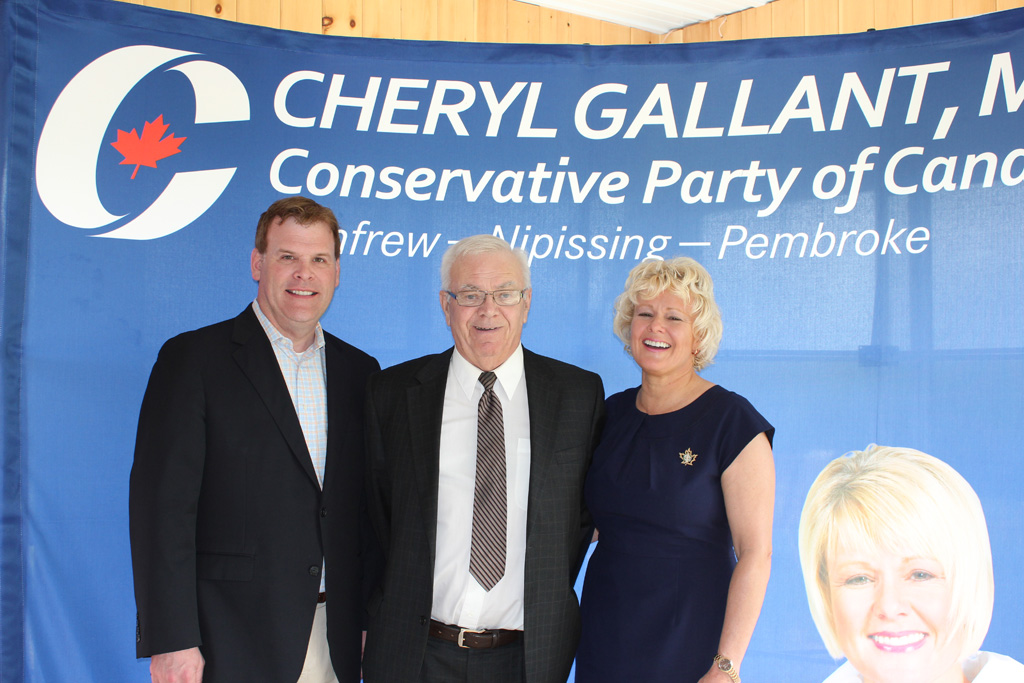 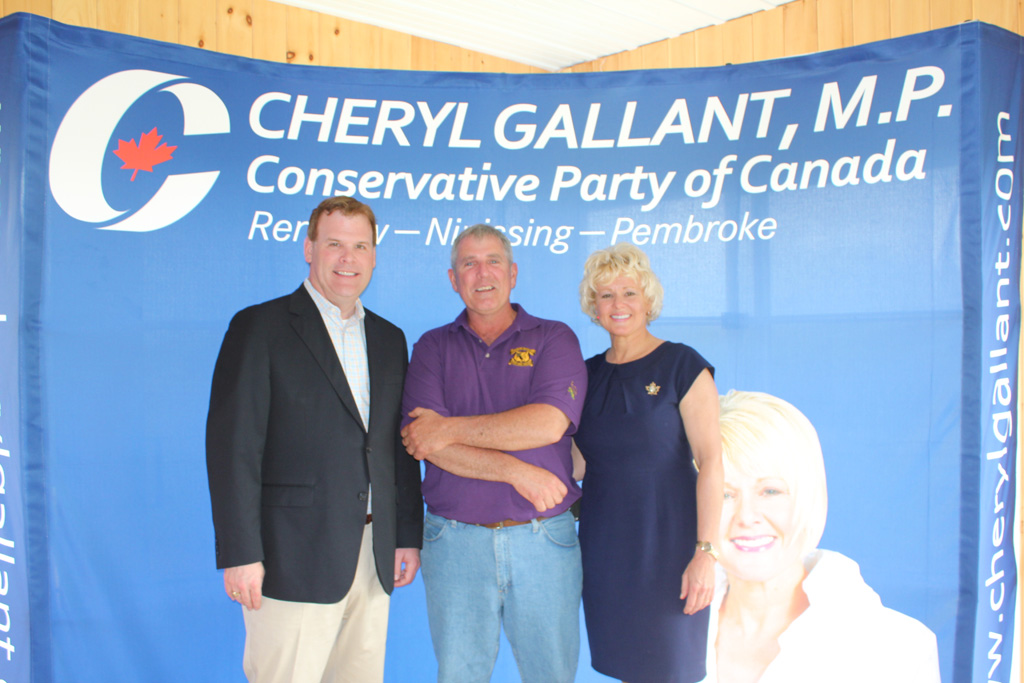 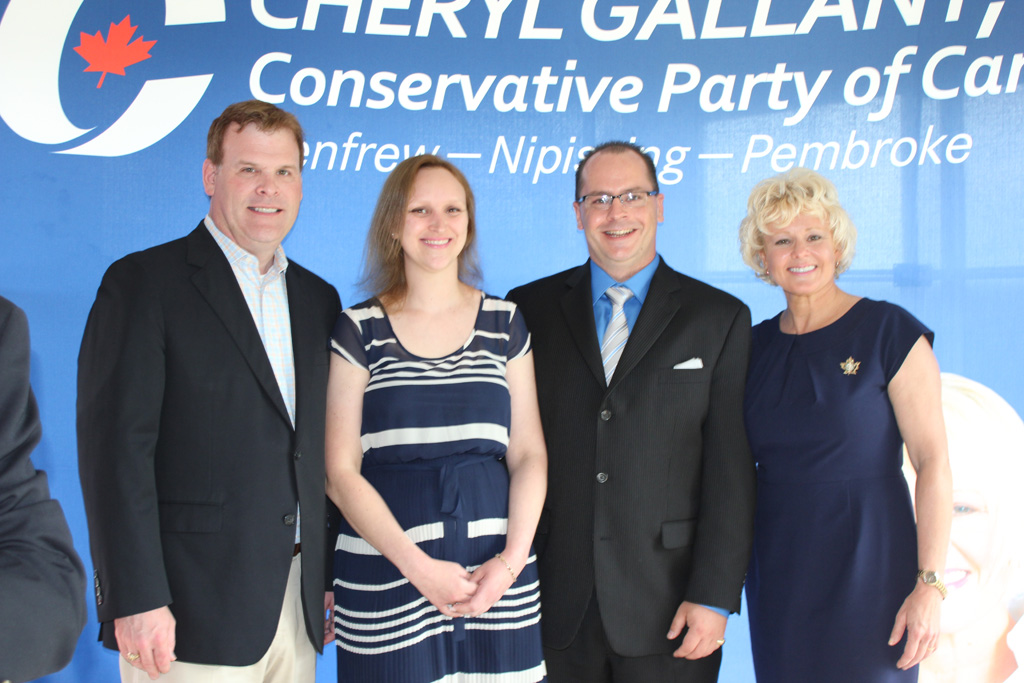 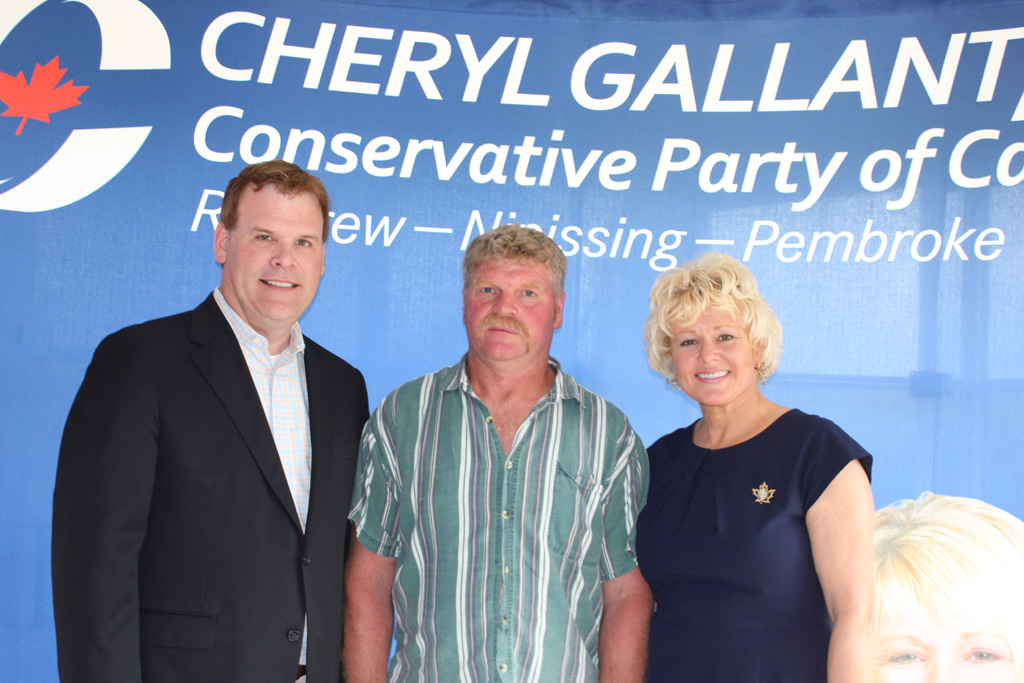 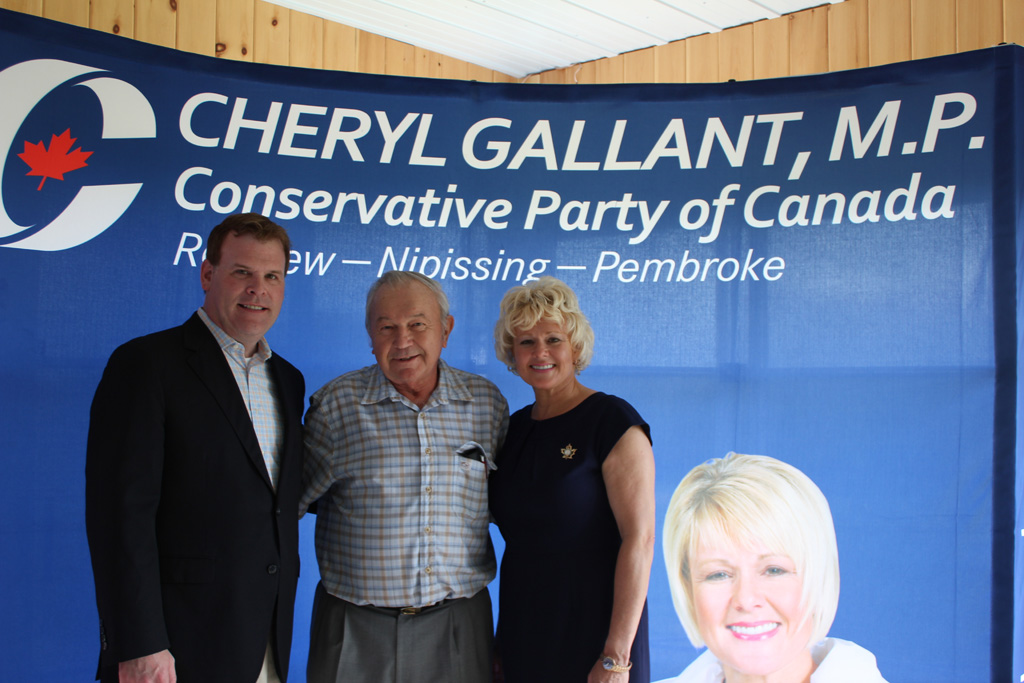 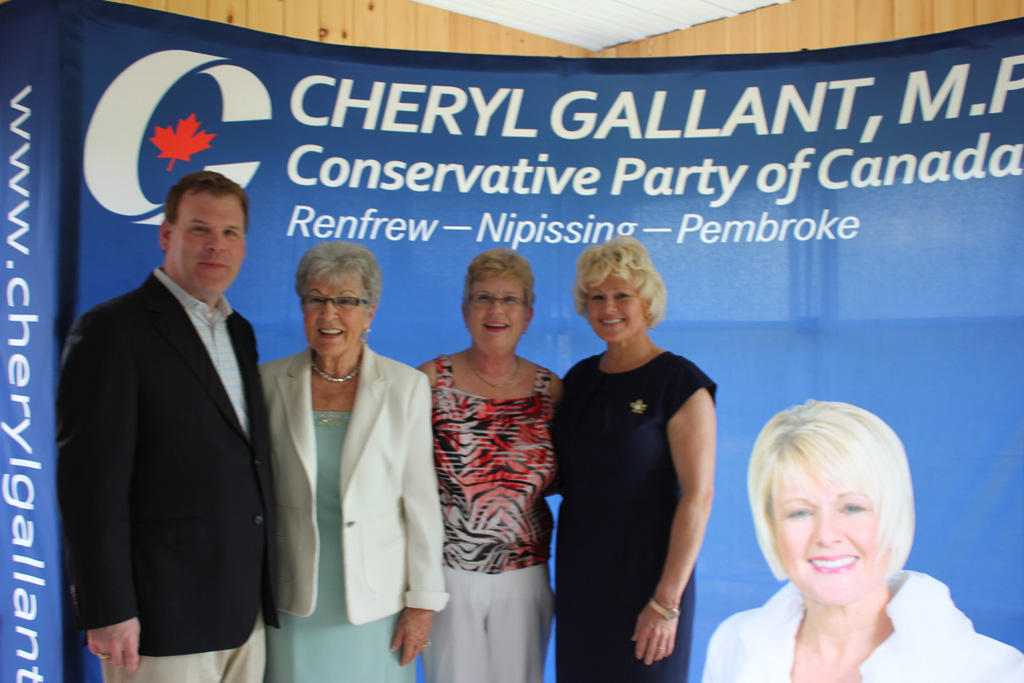 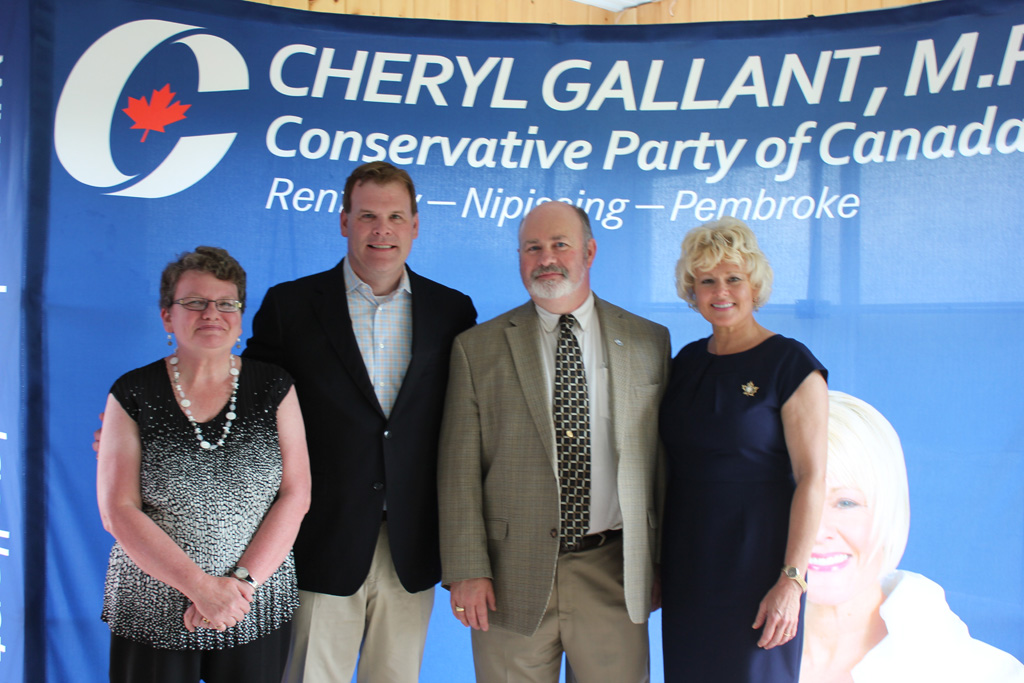 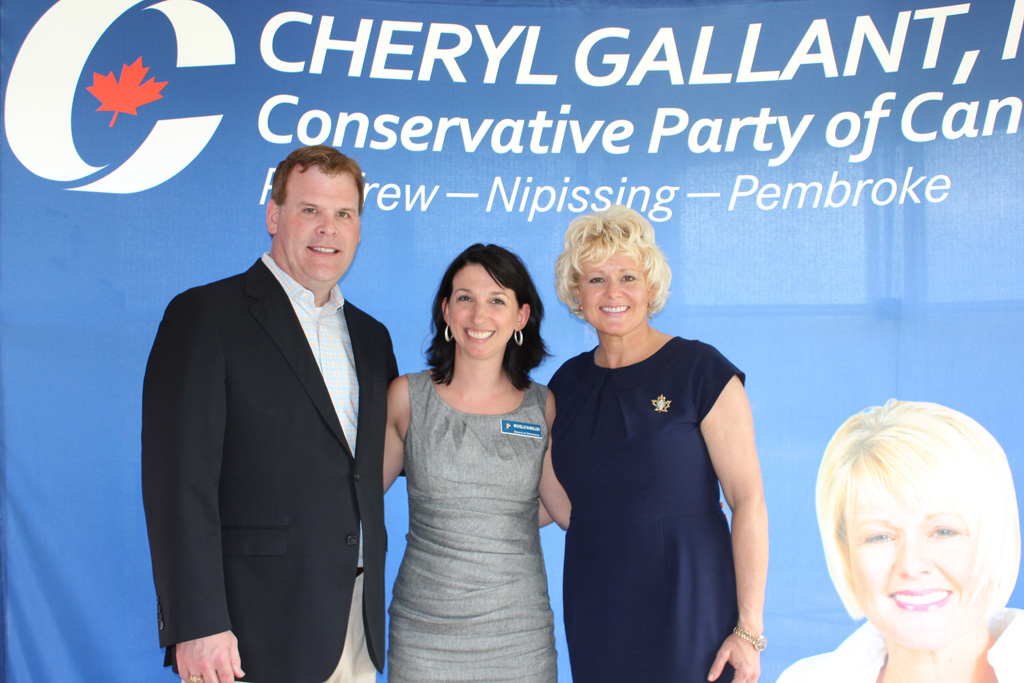 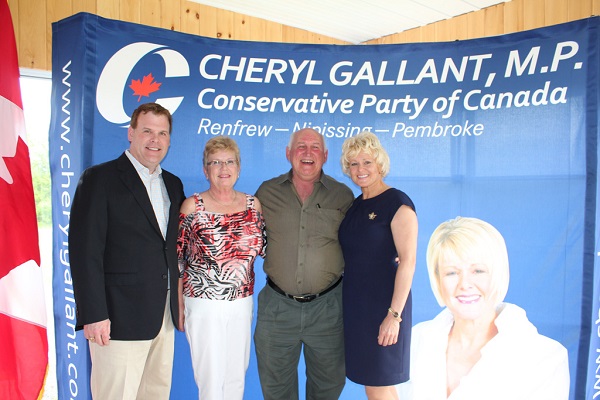 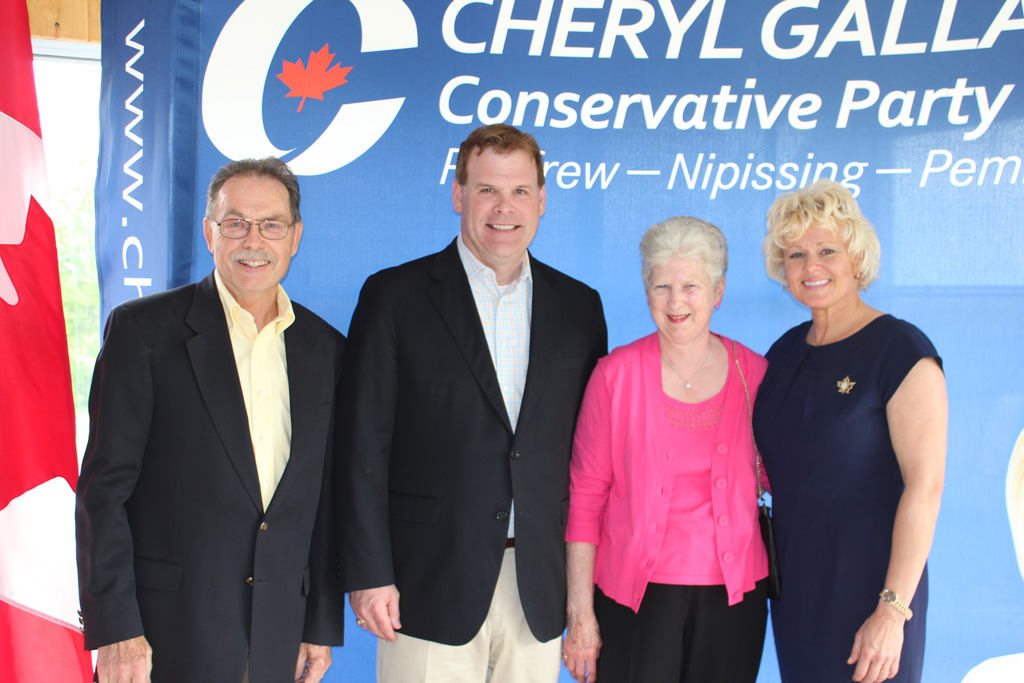 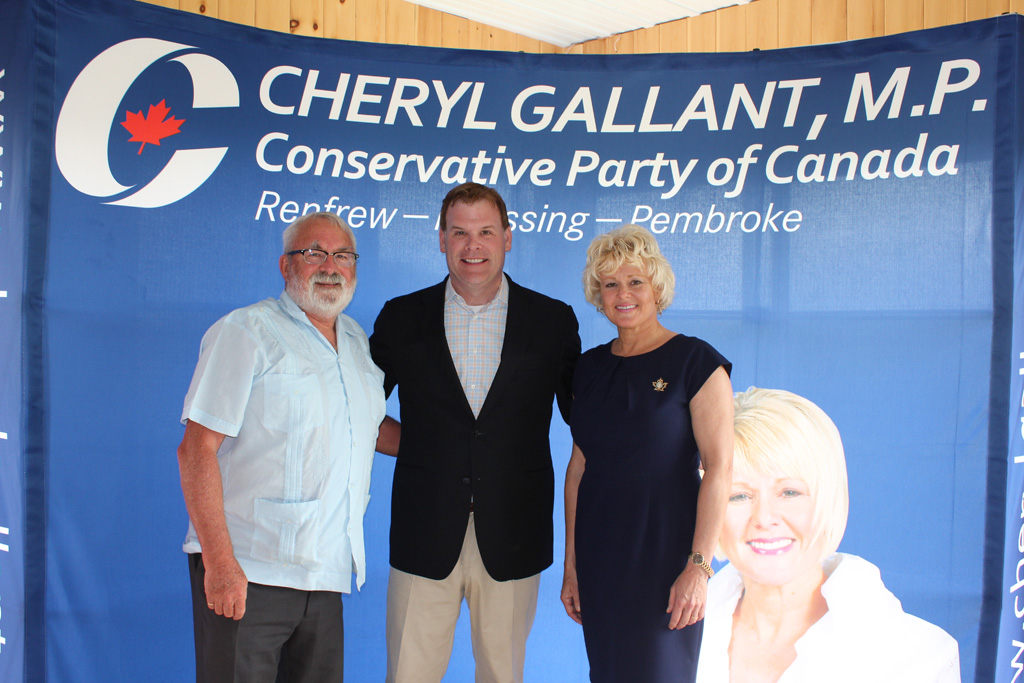 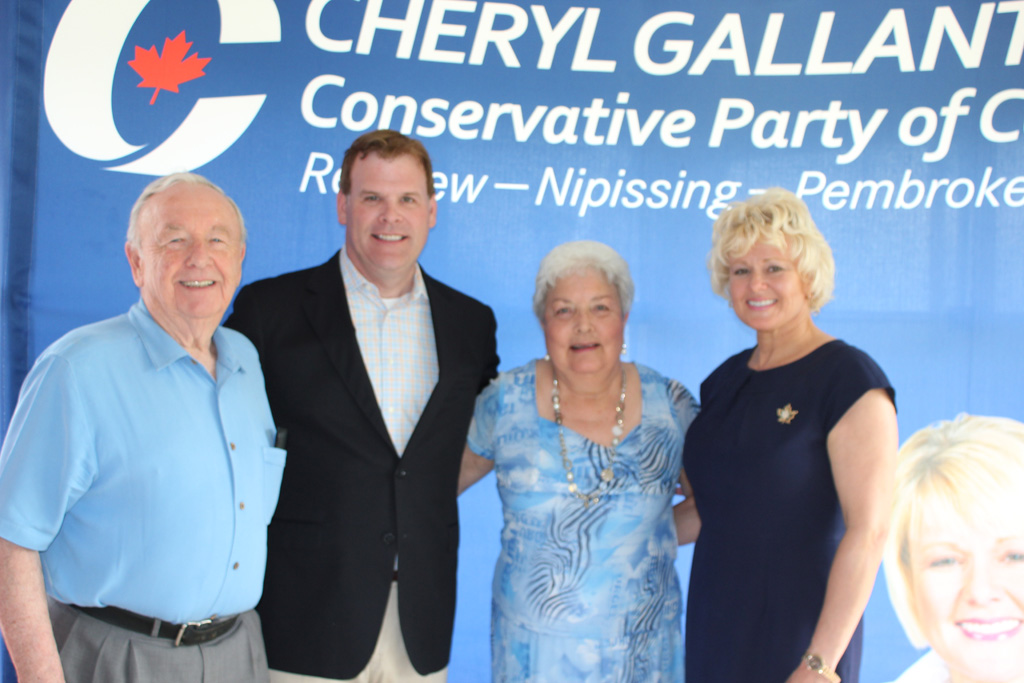 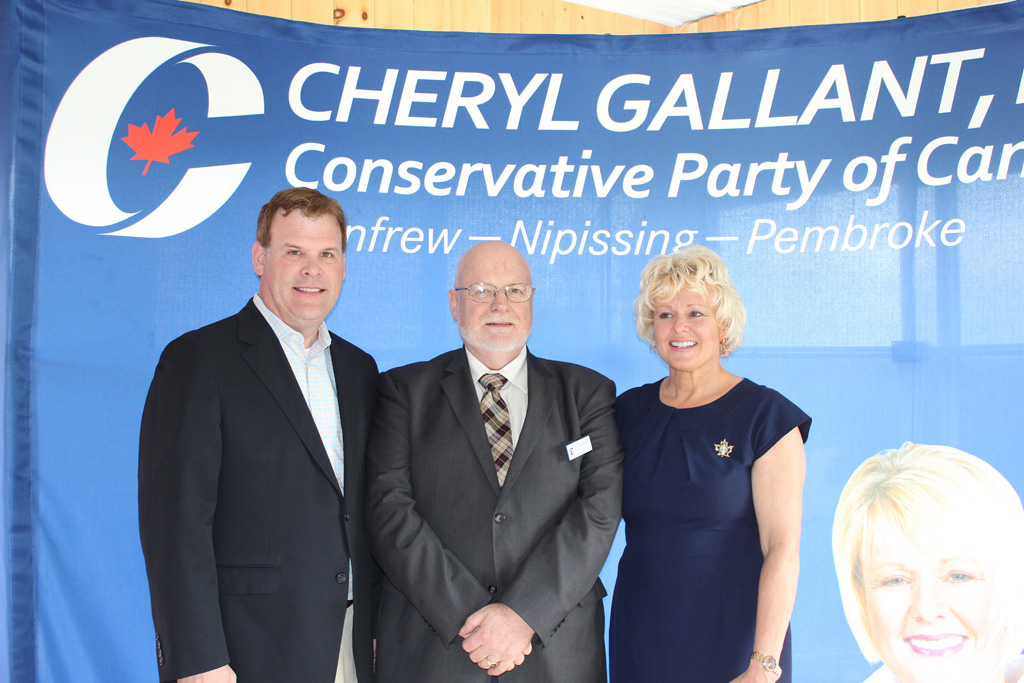 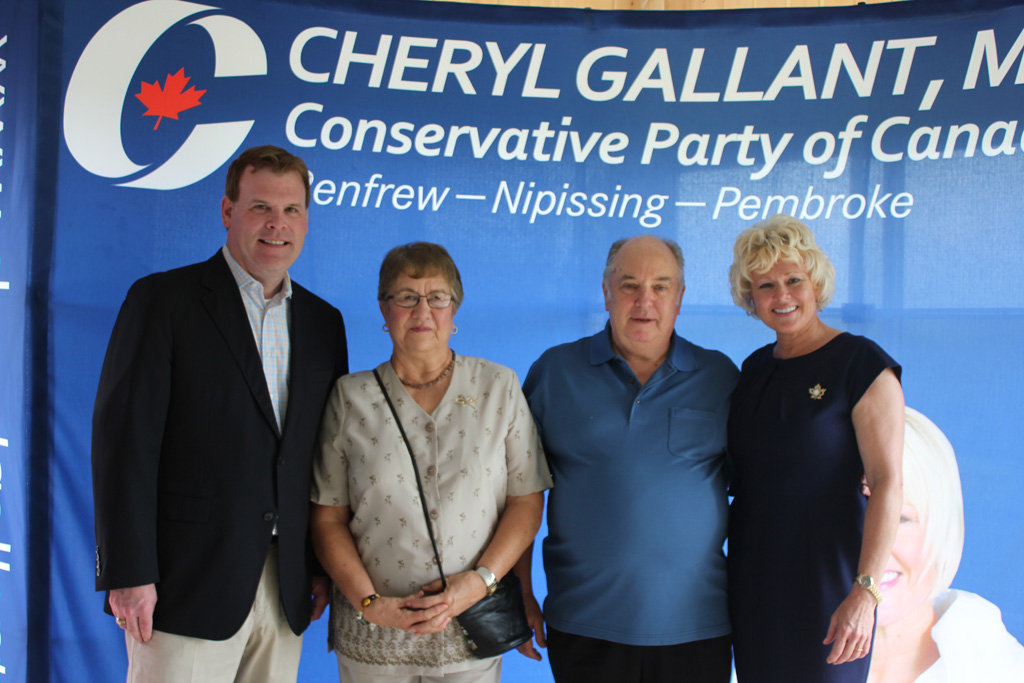 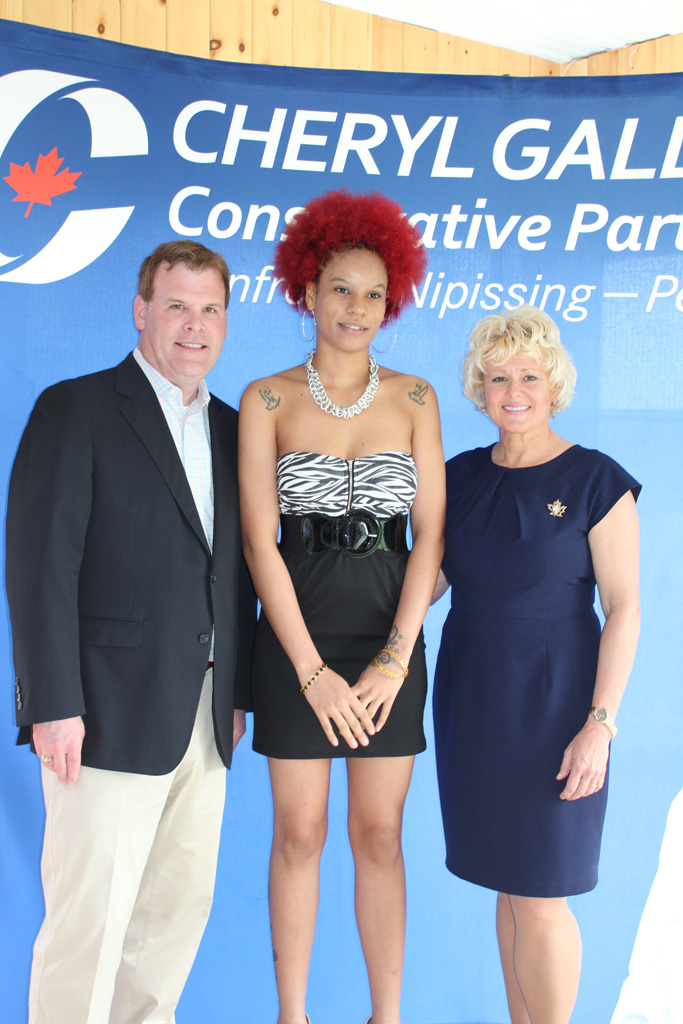 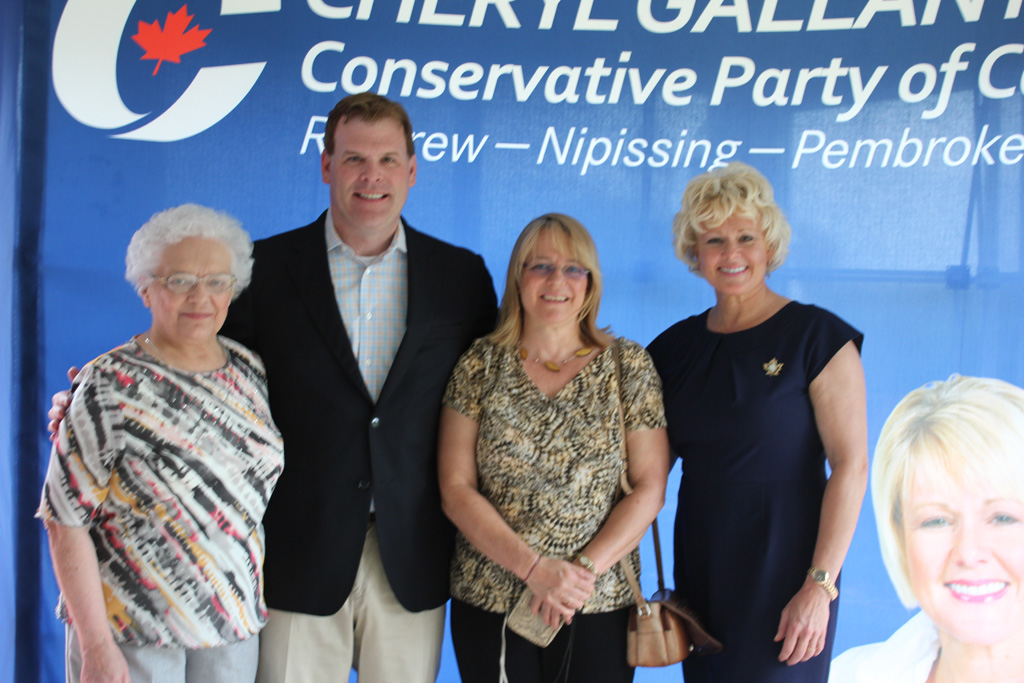 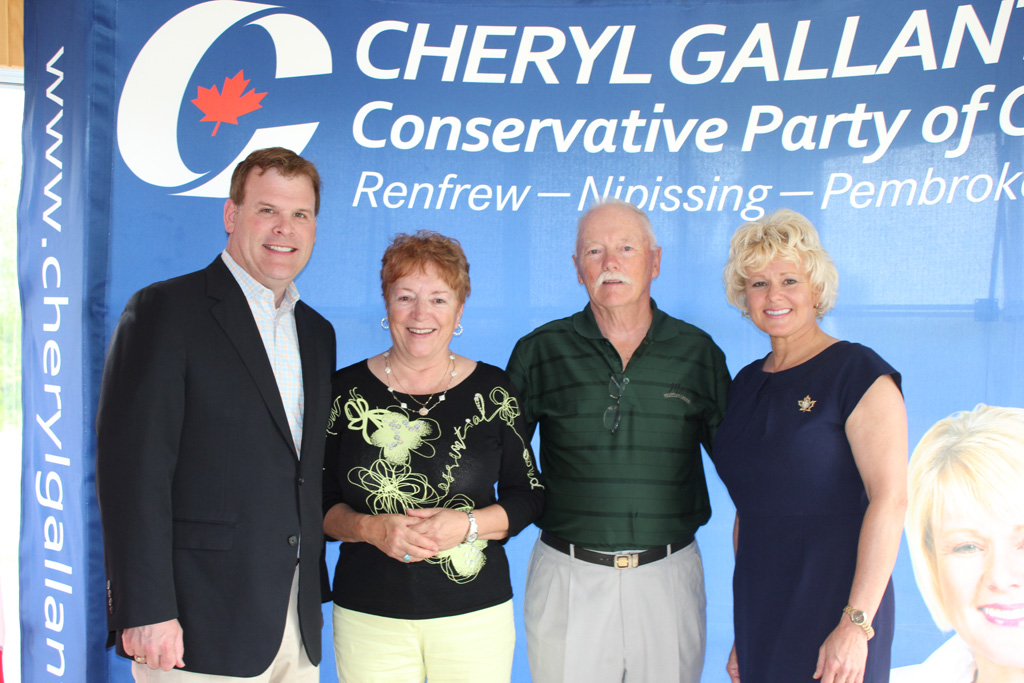